Pinterest has inspired me a lot lately. I decided to go all out with Pinspired ideas for Logan's valentines for school this year. He and I sat and flipped through all the ideas I had pinned and he chose his favorites and we set to work. So as an 8 year old boy he of course favored the monster style of valentine boxes. Last year I let him do the whole thing himself and it looked kind of a wreck so I opted to help him a little more this year. He wants to keep it simple though, and in the end it turned out super cute!

We just used construction paper and glue and some letter stickers I had laying around.

For the actual valentines he liked the "you rock valentine!" idea I found on Pinterest from http://asmallsnippet.com/. I opted to try and make the cards myself and definitely would have to make them bigger next year... You live and you learn though, right? I picked up some valentines bags at the dollar tree (40 for $1) and the Pop Rocks as well (a pack of 3 for $1). I left a blank space so he could sign his own name and stapled the little cards to the bag. Easy peasy! It probably ended up costing me more than the other pre made valentines but I like that we went the more reasonable and creative route this year. 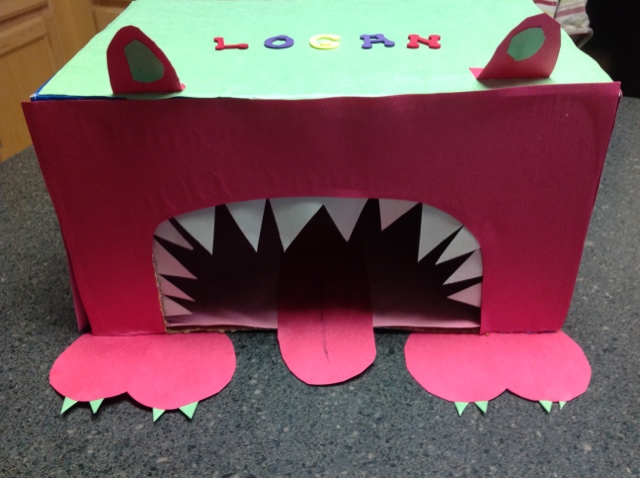 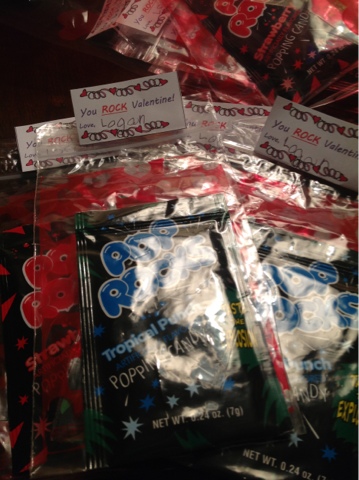