This is another Pinspired recipe that I added my own little twist to. 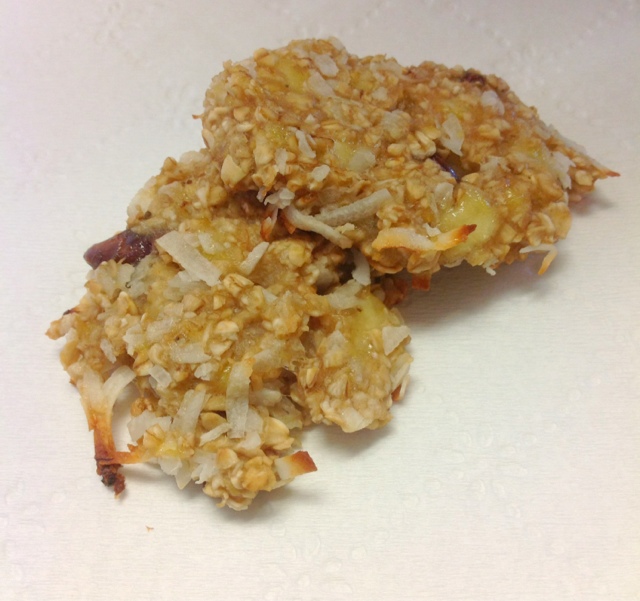 The basic recipe called for two bananas and one cup of quick oats. As I started I quickly realized this was going to be way too small of a portion so I doubled it. Then added a couple handfuls of chocolate chips. After I got two batches loaded into the oven I had a little left over for a couple more cookies so I. Threw in a handful or so of coconut flakes. PERFECTION!
So here is how the final recipe would look:
4 ripe bananas
2 cups quick oats
1 cup chocolate chips
1/2 cup of coconut flakes (maybe more depending on how much of the coconut flavor and texture you want)
Mash and mix the ingredients together then spoon onto a greased cookie sheet (well, I prefer parchment paper). Then press them down to make a more solid cookie. If you don't shape them they will come out looking just like little lumps! (Yes, I did that with the first two sets I made lol)
Bakes at 350 for 15 minutes
They aren't EXACTLY like a cookie but they are really tasty and with out all the sugar a healthier option.
Posted by JuLiE at 7:30 PM No comments:

I wanted to give an update on my progress with the No-Poo method! Honestly, I was pretty close to giving up recently. I didn't want to go back to regular shampoo so I started too look for other options and quickly realized that it was just way too expensive to go with organic shampoos. Luckily while I was searching I came across a blog, which of course I can't find now, were the blogger described her first attempt and used the term "waxy" to describe the feeling she had of her hair. I realized that was EXACTLY how I felt. My hair didn't feel greasy like it once did but it definitely didn't feel CLEAN either. The conclusion was that I needed to get more of the baking soda/water mixture into my hair. This was difficult with the spray bottles I started out with. I'd found myself taking the spray top off and dumping the mixture on my head... But what a waste! Then, it dawned on me! A water bottle! I could still basically dump as much was I needed but I would have more control. So I bought a new water bottle and set to work on the mixture, added bonus it is much bigger so I can double the amount I was making at a time, and haven't looked back! I still used the spray bottle for the ACV mixture and I have the water bottle for the cleaning portion and it's been great! I am so glad that I took the time to trouble shoot instead of just giving up. Now I can keep my hair healthy and not spend an arm and a leg on organic shampoos!
Ok another update on this. I came across a recipe for doing no-poo with just a honey mixture and decided I wanted to give it a try. So I mixed a batch up yesterday and today is night number two. I think I'm loving this even more and added bonus, my hair SMELLS awesome! Now, I read there may be another transition type period. The baking soda and ACV can over strip your hair and the honey is more conditioning. I did notice that today but it wasn't a greasy or waxy feeling, just different. My hair looks way more shiny too which was something I felt I had kind of lost with the other method.
This recipe is similar to the baking soda, 1tbs of honey to 1 cup of water. I made sure it was hot water to aid in mixing with the honey.
I also don't have to used the ACV which is nice since that stuff, even diluted, smells horrid.
I will update again soon on how this honey recipe works on a more long term basis... Right now I'm pretty sold! 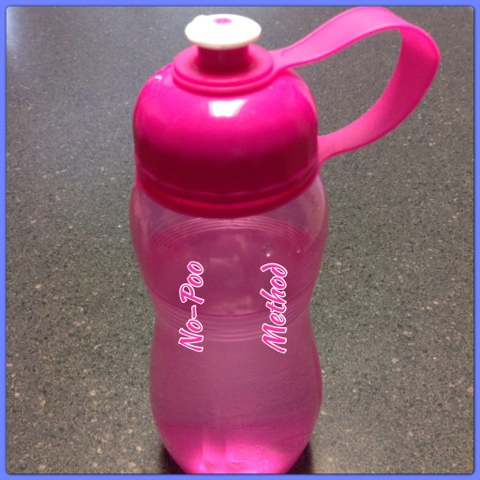 I saw this idea on Pinterest and decided it looked too good not to try it! Not to mention it's super easy!
So here's what you do:
Grab some parchment paper and slice one banana onto it
Grab some peanut butter (we used all natural) and scoop it onto the banana
Grab another banana and slice it up on top of the other banana slices with peanut butter to create a sandwich
Toss it in the freezer and eat when you want! I took mine off and put them in a container to save for later!
Done and Done! 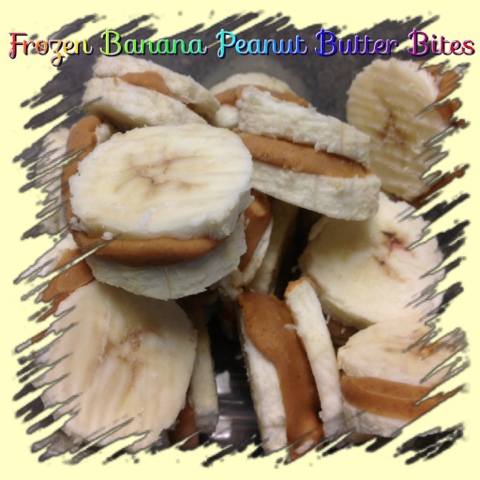